Sends all the characters from Keys to the specified element. When the workflow is run using Google Chrome extension, the characters are sent one by one simulating the user actions. For instance, if we want to get the popup suggestions, the validations to work or the username, password fields to behave as expected, it is advisable to use SendKeys. 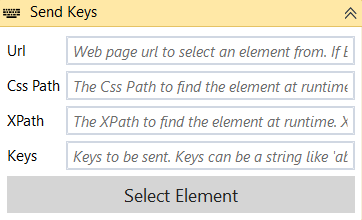 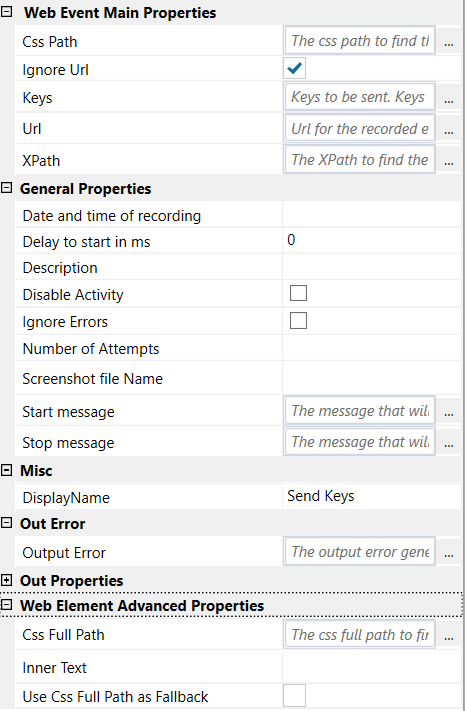 The following keys can be used to send raw keys to a control. They just need to be prefixed by Keys keyword and placed under {} as described above in Keyboard Properties.

When running with "Chrome/Edge extension", the following extra keys can be used

For "Web Driver", the following extra keys can be used

In this example, we use send keys to search for a stock index in Google.